Notes from the Fringe: Day Four 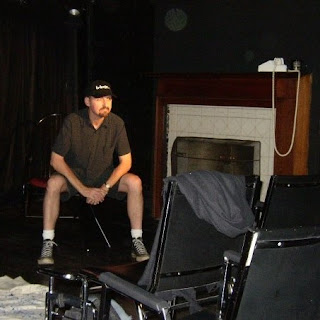 What's On David's iPod?
Brand New Colony
Postal Service - "Give Up"
(A long distance dedication, going out to the one I love. Awwwww yeah.)

It feels as though we have been here forever. And yet, only today has the Fringe truly begun for us.

It was a good morning. yesterday was depressing. Yes, it was good that I stayed home. I needed the rest ... and today was not without its additional stress. But I felt like I was missing the party. Brian returned late last night to report he had seen two awesome shows. Meanwhile, I had discovered, much to my horror, that when I eat alone ... I talk to myself.

Okay, okay, let's move on. This morning I ran the reservoir. Me and a million others, it was liberating, actually engaging in exercise, I don't think I have ever done that in New York. Not just walking, but running. My entire body thanked me.

Our tech rehearsal was scheduled for 12:30. We had two and a half hours to run through all of the cues and get everything straight. It's a simple show, this has never been a problem.

Today, it was a problem. I won't say what was the problem ... okay, to be honest, there's some confusion as to exactly what the problem was. It was enough to say we put Grundik in the awkward position of having to kick us out at 3 p.m., with a lot of questions in the air as to how it was going to look for our 5:45, premiere performance.

Kelly and I limped back to the Village to check Fringe Central and which shows were sold for the evening, and to relax in a rather baroque cafe, sip tea, and count our blessings as regards to our significant others.

Brian warned me it would be a small house. And indeed, it was. Every show I have seen at the Fringe so far has attracted a respectable crowd. But I have the show no one sees without being urged to see it by someone who already seen it. You can understand the Catch-22 involved.

The bad news is we only attracted 10. The good news is that half of them were critics. The people who run the Fringe - the people at SpinCycle - are obviously in my corner.

Yes, I was very tense before it began - I kept hitting my head on the ceiling of their subterranean dressing room. But I thought it might be a good show when Grundik, the venue director, introduced it in his somewhat broken manner:

"... The exits, in emergency are there and there ... you can get in shows for free by volunteering ... once again we thank you all for coming ... I hate this."

And then he just walked off the stage, getting a big laugh. I want him to introduce the show like that every single time.

I flubbed some lines, and I wonder how the revised Sept. 11 scene goes over with a critical New York audience. But the response was strong, I felt good, relaxed ... and Brain said I did my boy proud. That was probably the sweetest thing he could say.

After we had some celebratory pub food at the White Horse, and then Brian and I dashed off to see the only show we could possibly catch in the vicinity - the boys from Elephant Larry performing their new sketch show, THE PRECINCT. People who know me know how I am not a big fan of improv of sketch humor. 'Cause it's not usually funny. These guys are funny. We laughed a lot.

And now I have a day off. Should I go into the Village, sell my show, pass out flyers? Should I visit the Cloisters, the Met, do laundry? Run, sleep, play?

I don't know. And tomorrow, I think that will be okay.

"I Hate this (a play without the baby)" is now available in paperback and as an ebook at Amazon.com
Posted by pengo at 11:11 PM 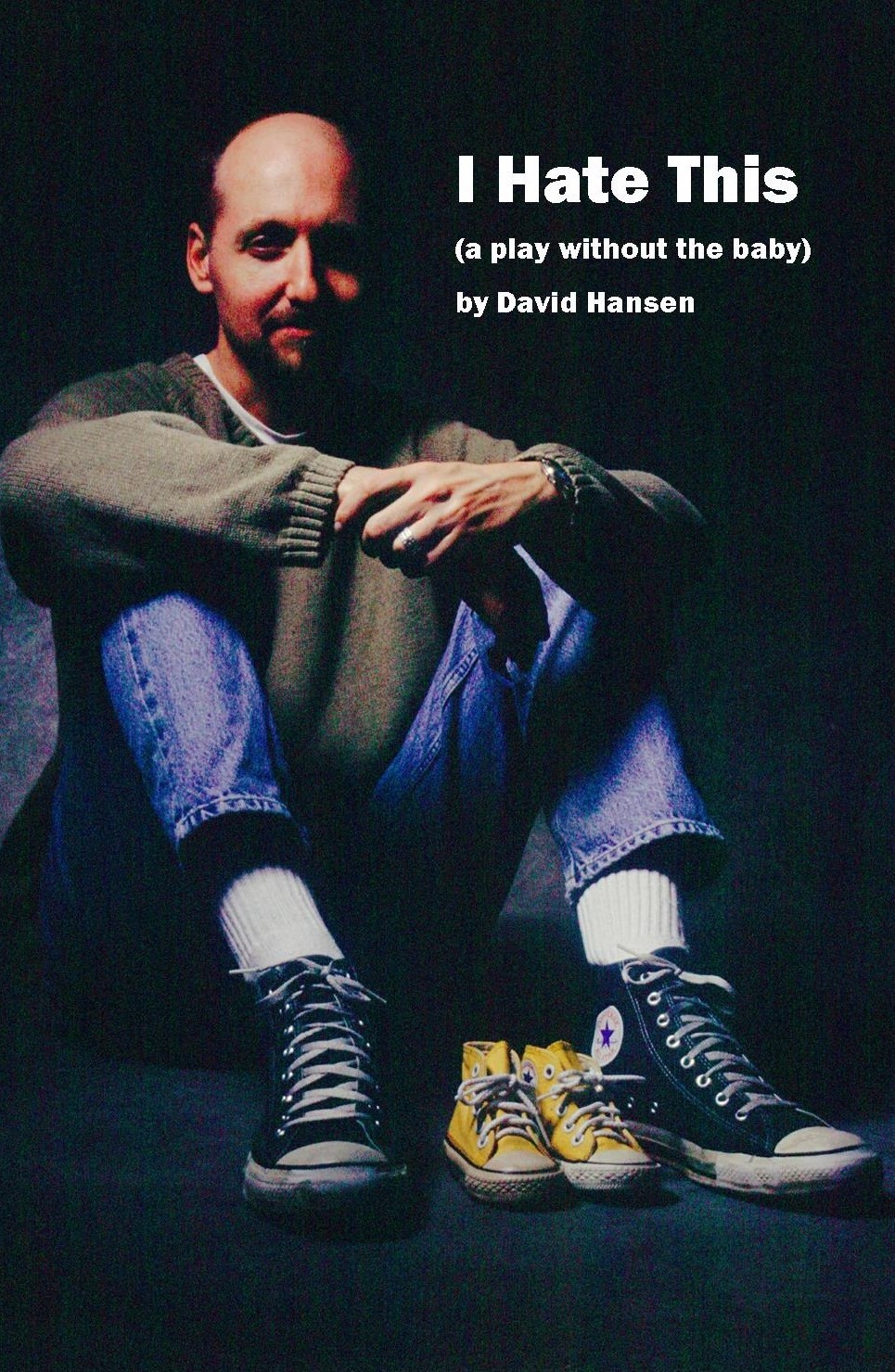